I live in a house-share with 8 other people, 5 of whom are Australian (two from Sydney, two from Melbourne and the other from the wonderfully named city of Wollongong). They came to London, so they say, to experience a city with ‘a bit more Jazz’, by which I think they mean a city more diverse, risky and ‘American’ than those of their homeland. They now wish they hadn’t.

A great many people in England – usually folk with a conservative bent – are massively envious of those living down under, and so would view Aussies who migrate to Britain with confusion. Australia might not have the political relevance, economic power or cultural importance of somewhere like the UK, but as a trade for this, its natives tend to enjoy isolated, post-historical, low-risk lives, comparatively safe from minorities, Islam, pollution and crime. One can sense the pleasures of this existence by noting the number of Australians who spend all day online mocking the poor denizens of London and New York with something like the following:

“Man, I’m so glad I live in Australia. All you poor Pom bastards getting mugged left, right and centre – and here I am relaxing on the beach…”

Trolling of this kind is not uniquely Australian of course. Canadians and New Zealanders are pretty adept at it as well. But it’s Australians who have turned the habit into a well perfected craft.

One can’t dislike Aussies for doing this. I am – just as they presume – jealous of the social peace Australia enjoys. (I’m also jealous of the fact that the future demographics of Australia do not condemn its population to civil war and Islamic takeover). 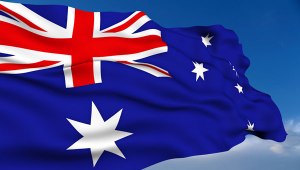 But while differences between Oz and Britain are great, none compare with the growing divide between Australia and the United States.

While both are technically part of the ‘Western’ World, the US and Australia are becoming ever more foreign to each other with the advance of social trends. On specific issues like crime, they are at opposite ends of the global development scale. The murder rate in the United States is almost 5 times that of Australia (1.0/100,000 in Aus – 4.8/100,000 in the US) and a similar disparity exists in the rate of rape and robbery.

With this in mind, the strong emotion unleashed by the murder of Christopher Lane makes more sense.

In case you haven’t read about it, Mr. Lane was a 22 year-old Australian athlete staying in America with his girlfriend when he was shot dead by a group of mainly African-American youths. The assailants are said to have picked Mr. Lane at random and committed the crime simply because they were ‘bored’. Race has not yet been dismissed as a motivating factor.

Beneath every tribute video to Mr. Lane on YouTube, a stream of comments (by both Aussies and Americans) angrily discuss the social implications of the incident, often veering into explicitly racist language. While that’s a shame, one cannot deny that there is a racial problem worth talking about here.

Responding to the Lane killing, John Mcwhorter over at Time magazine wrote the following:

“The numbers don’t lie: young black men do commit about 50% of the murders in the US. We don’t yet know whether the attack on Lane was racially motivated, nor can we know whether the three black boys who attacked a white boy on a Florida school bus recently would not have done the same to a black kid. (Critics took Al Sharpton and Jesse Jackson to task for not condemning the violence.) But hardly  uncommon are cases such as the two black guys who doused a white 13 year old with gasoline and lit him on fire saying “You get what you deserve, white boy” (Kansas City, Mo.) or 20 black kids who beat up young Michael Owens on his porch “for Trayvon” (Mobile, Ala).”

It’s worth pausing on the statistic cited in this extract. ‘50% of murders’ committed by African Americans. FIFTY PER CENT.  Remember that African-Americans currently make up no more than 12% of the American population. For that community to enjoy a 50% market share on homicide is frankly bewildering.

In the same week I learned of Mr. Lane’s fate, I was browsing through a disturbing book entitled ‘White Girl Bleed a Lot: The Return of Race Riots to America’ by Colin Flaherty. This volume details the increasing regularity and brutality of Black-on-White crime in the United States. Here’s an excerpt:

“Racial violence is back. In hundreds of episodes in more than 80 cities since 2010, groups of black people are roaming the streets of America — assaulting, intimidating, stalking, threatening, vandalizing, stealing, shooting, stabbing, even raping and killing. Cities big and small. Expected and unexpected.

But local media and public officials are silent. Crime is color blind… Race is not important… We talk about everything except black mob violence and lawlessness. That is Taboo. Result: Few know about it. Fewer still are talking about it. Today it is at epidemic levels at almost every city in the country.”

To conclude, the Australian reaction to Mr. Lane’s murder is no surprise. The present situation in America is not one any other civilized country would recognize as their own. Americans are going to have to make a choice. Either continue down this route and become more and more unrecognizable to other Western countries, or make a stand and remain in the top category of development. The latter is no longer something to take for granted.