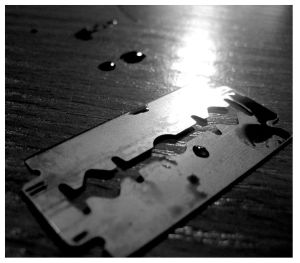 A most revolting crime, formerly confined to distant, barbarous lands, is now increasingly common in the civilised world, including Britain.

I’m talking about the practice you may have heard referred to as ‘FGM’ – ‘Female Genital Mutilation’; the deliberate torture and vandalism of an unwilling female (often by her parents) using a knife or razor blade.

The origins of this peculiar tradition are ancient and African, however the practice quickly spread to (and is now chiefly maintained by) the countries of the Muslim world. Estimates (for an example) propose that a ‘majority’ of Iraqi and Kurdish girls have been deformed in this way. A majority in this context would imply up to ten million people.

The actual process of FGM is relatively simple. The undesired parts of the female genitals – in this case the clitoris, labia and prepuce – are cut off. There are gradients to the amount of tissue removed. According to the website and activist site Forwarduk, the most extreme variants of the practice involves the “excision of part or all of the external genitalia and (the) stitching or narrowing of the vaginal opening, also known as infibulation. It involves the use of thorns, silk or catgut to stitch the two sides of the vulva. A bridge of scar tissue then forms over the vagina, which leaves only a small opening (from the size of a matchstick head) for the passage of urine and menstrual blood.”

To gain a healthy understanding of FGM is the same thing as gaining a reflexive disgust for it. To this end, scroll down to the diagram of the variations of FGM below (you can maximize it by clicking on it). Particular attention is advised towards the sub-section depicting ‘Type III.’, the most gruesome technique, and one which leaves intercourse and childbirth unimaginably painful as well as life-threatening.

There are (I’m afraid to say) Leftists and liberals, who would look at diagrams such as that above and continue to invest their energy defending notions of ‘cultural equality’. Whatever else may be said about such people, they have an icy void where the moral sense should stand.

For the rest of us, FGM and its importation into Europe on the back of mass-immigration from Muslim parts of Africa and the Middle East, must count as a human rights emergency. Only today the Evening Standard reported that “the (estimated) number of FGM victims in Britain at around 65,000, with a further 30,000 individuals believed to be at risk.” This is unacceptable in the extreme. No woman – not one – should have to endure this depravity in a Western state. The penalty for the parents, as well as for any other accomplices involved should be of the same order that follow charges of rape and murder.

Just in case somebody thinks they’ve found an ‘aha..” in all this, I’m quite aware that FGM is not an exclusively Muslim practice. Nevertheless, given that most reported cases in Europe involve Muslim communities, social services have every right to monitor the welfare of Muslim women with a special intensity. Political correctness has no business obstructing the prevention of cruelty.

Finally, we should feel no shame in making use of FGM to dismantle the mistaken dogma of cultural relativism. The West does have a moral high-ground here, and frankly if we can’t muster the confidence to stand against this, our pillars have already crumbled.