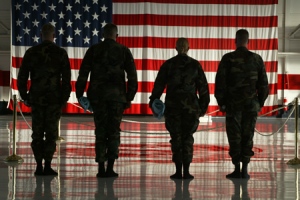 What would I do if I were President of the United States of America? It’s a question I often find myself considering, and so I thought I’d share the fruit of my imaginings with you here. These are my policy positions on six of the most important regional issues of our day.

Iran is a theocratic state, but not a naturally theocratic society. The regime must be therefore be emphasised as the enemy in contradistinction to the people. We must carry out limited air-strikes against all known nuclear facilities and use global and social media to explain ourselves to the Iranian population. There is no valid reason for Iran to enrich uranium beyond the level required for a peaceful, civil energy program, except for the clandestine manufacture of nuclear arms. Since the regime in Iran is committedly anti-Semitic, anti-Zionist and anti-Western, we are acting in legitimate self-defence by carrying out such attacks.

As to the long term, we should encourage dissident forces within Iran and demand the nation’s elite to hold free and fair elections. I don’t believe an invasion of Iran would solve any problems.

Being a European, Christian and developed country, Russia should rightly be a friend of the West and not its enemy. However, the way Russia and NATO have developed makes the status quo extremely difficult to reverse. Putin is nakedly aggressive towards many former Soviet States (esp. Poland, Ukraine, Lithuania and Georgia) and would appear to imagine with pleasure the recreation of the former Russian empire. NATO must face this down with confidence and willpower. Troop deployments and missile shield development in Eastern Europe should go ahead and Russian concerns should be ignored.

Outside of Europe, the West should follow the Russian lead when that lead is going in the right direction, the intervention in Syria being a case in point. Economically, we should seek greater integration and trade with Russia. And culturally, we must emphasise our similarities and downplay our differences. Both Russia and Europe will face Islamic insurgencies in the future. When that time arrives, it is obviously preferable that we cooperate rather than present a divided defence.

As regards the Arab world, our relationships with authoritarian but pro-Western regimes like Egypt and Jordan must be maintained at all costs. No more should we recklessly push for wholesale democratisation in this region. As Iraq and Syria have shown, extremism must first be combatted and extinguished before democracy can truly flourish. In Algeria, Egypt and Jordan, state forces have fought very long and very bloody campaigns against violent Islam. They must be provided with all the military means to continue this struggle until victory. If they fail, we will be drawn in ourselves. Let’s strive to avoid this.

Current US policy towards China is roughly correct, I would say. As a guiding objective, it is most important that China remain integrated within the world economy. This is for both financial and strategic reasons. A China that is dependent on the Western market for income is a China less likely to attack Japan or Taiwan. Should that strategy fail, the current US deployment in the region, coupled with the might of the Japanese, Taiwanese and South Korean militaries will surely be enough to repel any aggression forthcoming.

The Chinese empire being constructed in Africa has proven undeniably popular with the native populations. Beijing’s unique style of ‘hands-off’/long-distance colonialism extracts the continent’s economic resources whilst maintaining an illusion of African autonomy. The West could learn a great deal from this and build much stronger relationships with African countries. On matters like immigration, future demographics, aid, disease-control, solar energy, oil and minerals, a partnership with Africa is essential. It has been neglected for too long.

We can help Israel most by offering our support in future IDF campaigns. The situation with Hamas and Hezbollah is highly ambiguous and may sometime re-ignite into conflict. If that happens, instead of offering platitudinous sympathies with the enemy, we should remember who we are, who we identify with and what we would do in the same scenario. It stands to reason that we will also continue to trade military technologies with Israel.