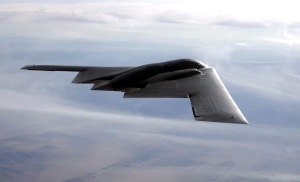 I used to consider myself something of a neo-conservative (pejoratively abbreviated ‘neo-con’ by the left, often with an anti-Semitic edge to it). I was genuinely enlivened by the prospect of the West enforcing its moral and political standards on the rest of the world, believing for some time that the project was a simple yet complete fix for the problems of our time; most importantly, the problems of terrorism and Islamic anti-development.

Like many, I now know better. Neo-conservatism has failed, and failed badly, in practice. The use of the doctrine to liberate and improve the condition of Iraq has barely succeeded. While the country is now technically democratic, it remains crippled by religious tradition, unable and unwilling to develop beyond the limitations of that tradition. This should really have been predicted from the get-go. The fact that it wasn’t exposes the fundamental naivety at the heart of the neo-conservative experiment.

Put at its most basic, neo-conservatism pushes the idea that democracy has a positive value. Neo-cons (if there still are neo-cons) believe that democracies are less likely to go to war, less likely to collapse into chaos, tolerate corruption and extremism or shelter terrorists than are dictatorships and autocracies. On the surface this sounds reasonable enough. The Western democracies of today are certainly more averse to these evils than the third world; as are the remodelled nations of the far-east. Why wouldn’t the same be true for the rest of the world?

The answer in the case of the middle east is Islam. As political equations go, Islam plus democracy equals regression is one of the most reliable. The evidence for this can be found in modern ‘liberated’ Afghanistan – a country which has gone from a tribal theocracy controlled by the Taliban, to a democratic theocracy policed by the Taliban. One can also point to ‘liberated’ Iraq, which itself has gone from a secular Baathist dictatorship to a democratic Shia theocracy. Looked at from this vantage point, was either project worth thousands of free Western lives lost in the course their completion?

I was a fool to have ever thought so.

As well as Iraq and Afghanistan, neo-conservatism has also destroyed the nation of Libya, a country that previously had the highest Human Development Index ranking in the world. Post-liberation, the country is a sharia-ridden desert, robbed of its infrastructure, foreign investment and political coherence. As to whether Syria falls to the neo-con wave remains to be decided. One can justifiably presume that if democracy does strike the country, it will swiftly go the same way as Iraq and Afghanistan have.

If neo-conservatism was – as its detractors have always maintained – merely an ideological cover for destroying the Muslim world, then it has been remarkably successful. But I don’t believe in that conspiracy. Neo-conservatism – I think – was simply an embarrassing misfire of the Western intellect. We will be living with the consequences for a very long time.