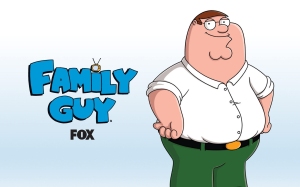 Liberals are smart, kindly and open-minded; Conservatives are dumb, nasty and closed minded. Such is convention in even the most professedly informed circles of opinion. So sure are these principles considered in fact, that they lend themselves sufficiently to a grading system: The more Conservative you are, the more stupid and closed minded; the more Liberal you are, the more intelligent…

Nobody is confused about where this dichotomy derives from. It was born on University campuses in the Sixties, when Left-Wing professors added a compulsory Liberalism module to all academic degrees. Since that decade, almost every graduate, having emerged through an intellectual car-wash of politicised education, has self-identified as firmly on the Left. By this same process, the Right (and the thinking associated with it) has become associated with those not clever enough to attend University; the sub-professional class, or – if you prefer – the 95 percent.

But how accurate are these assumptions today? To find out, let’s use the favourite measure of the Left – Racism.

It is undoubtedly true that those who are consciously racist most often identify as ‘right-wing’, and those who consider themselves non or anti-racist, align as Left-wing. This, however says nothing about that sizable group of people who are racist without being conscious of the fact.

Racism, lest we forget, is not all about pointed hoods, Roman salutes and burning crosses. Before it becomes anything political, Racism is merely a mindset, a tendency of thought. A racist is someone who judges people according to categories too broad to be reliably accurate. He or she might believe (for example) that all Blacks are criminals, that Jews are greedy, that Hispanics are lazy, Arabs are violent, Russians are alcoholics etc… The specific error involved here is generalisation, and it lies behind every other vice of the political mind from misandry to misogyny, ageism to disablism…

To investigate the levels of unconscious bigotry in the liberal community, perhaps no better example can be found to work with than the satirical cartoon ‘Family Guy’. Despite airing on the FOX network, Family Guy is an unmistakably liberal creation, loudly opposed to religious belief, guns and ‘rednecks’, degrading to male sexuality and conservative politics, and as its unifying principle – hostile toward the values of the family. The lead writer and creator of Family Guy Seth Macfarlane also has an active political life outside of entertainment, playing a leading role in organised Atheism, Democratic advocacy and Gay rights.

As is typical of Liberal presumption, Macfarlane seems to believe that these political credentials provide him with a pass on all matters otherwise covered by political correctness. As a result, his long-running show, whilst always nominally leaning Leftward, draws from an open sewer of caricature against every group imaginable.

But of all its grotesque liberties, the representation of Jews on Family Guy is perhaps most worthy of note. Consider the analysis of Mark Pinsky writing in the Jewish Daily Forward:

“Anti-Semitism is a serious charge” he writes “…made too quickly and too often. But as someone who has followed (Family Guy creator Seth) MacFarlane’s career, I think it is well past time to call him out.”

The main Jewish character in Family Guy – Mort Goldman – (an accountant, naturally) -is usually portrayed as weak, shy, unmanly, and qualified only in numbers. Many other Jewish characters are wheeled on to add emphasis to this concept.

My point here – it should be clarified – is not to complain about FG’s lack of Political Correctness. In fact, I completely support its unfettered exercise of freedom of speech. My point is rather a question: Why can Liberals say these things, and not anyone else?

Why, for example, can Macfarlane mock the disabled (through the wheelchair-bound character – Joe) without attracting a whiff of public outrage, but a Conservative, or even Centrist comedian trying the same would be hounded to the grave? Why – to put the question simply – does Liberalism provide an exemption from Political Correctness? Indeed, if Political Correctness really is only a benign ‘institutionalised politeness’ (as Stewart Lee eloquently argued) then why are exemptions from it made at all?

The outdated British comedian Jim Davidson (whose live act is filled with jokes about Gay, Irish and Black people) was interviewed last year on BBC Newsnight. When asked why he was condemned by modern comics as being out-of-date, he said his mistake was not to play the ‘irony’ card. When asked to explain further, he described the attitude as “I can’t be racist cos’ I went to University”.

I have no affection for Mr Davidson’s act, but his description of the Liberal attitude is pin-point accurate. And until the Left addresses its own bigotry in this regard, its attacks on others will rightly be deemed hypocrisy.