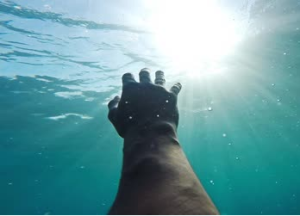 The vast majority of Muslims seeking ‘asylum’ in Europe, whether from Syria, Afghanistan, Iran or Iraq, are not real refugees. If they were, as has been said countless times before, they would have settled in the first peaceful country they arrived at after fleeing their own.

It is now clear to all but the most doctrinaire Leftist that these people are actually migrants, most of them seeking solely material benefit and financial reward. They are economic refugees, then, not political ones (as the media would have us believe). Not that we should allow political refugees in either, of course, since the first-safe-country principle is also valid in that case.

The only possible exception to this principle – and thus the only conceivable justification for allowing, say, a Syrian or Afghan asylum seeker to settle in Europe – is if the person in question were proven to qualify as a cultural refugee; that is, someone who is fleeing not merely the violent excess of Islam, but Islam itself. While this remains vanishingly rare, it will cost us nothing to briefly define what such a case would be like.

Imagine if in the future a man in his twenties washes up on the southerly coast of Spain. After being taken into custody he is revealed to be a Moroccan citizen who has swam the distance from North Africa to Europe alone and without any possessions. To the surprise of his interrogators the man speaks very good English and announces – convincingly – that he has had enough of living in the age of religious barbarism and wishes to join the Dar al-Harb permanently. He emphatically identifies himself as an atheist, or a Christian (or whatever other non-Islamic identity you care to imagine), and he can eloquently back up his self-identification with detailed arguments and sincere passion.

What to do with him? The response would almost certainly depend on and reflect the deepest ideological poise of those who are asked the question. A nativist, or ethno-nationalist, for example, would politely decline the stranger or perhaps unceremoniously throw him back into the Mediterranean. A Leftist meanwhile would also rather the stranger return to his land of origin, since there is enough ‘Islamophobia’ in Europe already.

Me? I’d demand a probationary period of police vigilance on the fellow, and after that a path to citizenship. In my 3 years as a blogger, I’ve found that ex-Muslims are a very potent resource of resistance to Islam, far more indeed than the average Native. And surely this hypothetical case is exactly what an asylum law is designed for. Just as in the time of Communism we generously admitted those Russians and Eastern-Europeans who wished for freedom, but did not admit Communist sympathisers or state bureaucrats (for reasons of security). So in the age of political Islam must we admit those opposed to barbarism and keep out those dedicated to it.

Whenever a native of the Muslim world shows up at the Free World’s borders, one question should be asked before all others: Why are you leaving? If the answer is not in English, the answer should be treated with suspicion. If the answer is in English but is nevertheless punctuated with inshallahs, al-hamdu lilahs and salaams, the response should be a swift refusal. But if in reasonable English the native says something like the following: “I am looking for freedom. I want to live in the modern world and leave behind the darkness of Islam and its primitive, undeveloped society”, a more generous and warm response is surely merited.

One cannot reasonably ask that the native returns to the first safe country he or she came across, because the first safe country might no longer be safe for an infidel. A more reasonable action would be to inter the individual while background checks are carried out, and then if the individual is clean of connections with Jihad relocate that person to an appropriate part of the Dar al-Harb. It might not be somewhere as illustrious as London or Berlin, but there are many options available.

Over time, a policy like this would lead to the only logical resolution we can hope for in our clash with the Islamic world; geo-cultural segregation. The Free and the Unfree kept apart, and never to merge again.