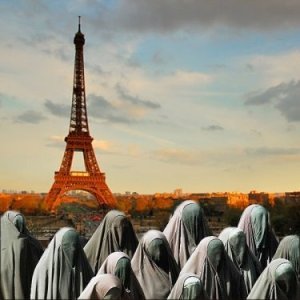 Last week, I received an email from a visitor to this blog that I think is too interesting to remain private. I have asked the sender (who wishes to remain anonymous) for his permission and so have reprinted the message below. The similarities between our journeys to cognisance on the Islamic issue are striking and his insights are well worth reading. To avoid the charge of narcissism, I’ve excised the portions of the text which talk kindly of my own writing.

“I’m roughly the same age as you and for the past few years I’ve been living in Scandinavia but I was born and raised in a Lancashire mill town with a high Muslim population. Like you and many of your readers, I grew up harbouring a prejudice about Islam that was, if anything, positive. I absorbed the multicultural relativism dished out in school RE lessons and sanctimoniously corrected my octogenarian grandma for saying “paki” instead of “asian” and generally assumed that Muslims were not in any significant way different from Jews or Sikhs or Catholics such as myself.

“But even then, if I’d been a little bit more self aware I might’ve noticed that my tolerant ideas were overriding an opposing instinct. Because I always hated going through the Muslim areas of town, I found the – to borrow your phrase – thoroughly de-gentrified character of those areas thoroughly depressing, I was repelled by the sight of women walking around in tents with eye slits, and I dreaded being stuck on a bus with Pakistani school or college kids and having to listen to their soul-crushing prattle. To the extent that I acknowledged these feelings of acute aversion – which was hardly at all – I attributed it to some deep, shameful racism within me that I could eventually suppress to death.

“It wasn’t until I was college age and started to work weekend jobs with Pakistani and Bangladeshi colleagues who would lecture me on how the Jews did 9/11 and how Osama bin Laden was really a swell guy unfairly maligned by the western media – as well as listening to their endless, hypocritical bragging about their brothers and cousins who were big time gangsters and prostitute users and had white girls here, there and everywhere – that I began to realise my instincts were right, that these people were just awful, and if that made me racist or Islamophobic or whatever, then so be it.

“As you’ve touched upon in some of your posts, I think you get a double whammy of awfulness nowadays with young Muslims in western countries, because without any sense of shame they combine the psychotic intolerance and hair-trigger ideological rage of their faith with the hardcore, swaggering, labels-and-gadgets materialism of “gangsta” culture. It’s about as bleak and anti-human a combination as possible and it trains, to paraphrase another of your excellent formulations, a gunsight on everything worth living for.

“The depressing thing for me is that when I met a Swedish girl, got married, and decided we would move to her country, for a brief moment I thought “Great, that’s the last I’ll have to worry about the influence of Islam for a while…” How wrong can you be. I think this country is second only to France in Muslims as a percentage of population. Incredibly, Sweden takes the highest number of asylum seekers annually in the EU, not just as a percentage of population, but in real terms. This year they’re expecting 89,000 asylum seekers plus about 50,000 “family reunions” – primarily from Iraq, Syria, Somalia, Afghanistan and Eritrea. In other words, a hit list of the world’s most horrendous hell holes. Of course, if these people were genuine refugees seeking shelter the heart would soften, but less than 5% of them are found to have genuine refugee status and most of them are lying about their age and country of origin.

“Anyway, I admire your straight talking on the subject. Once upon a time, I considered writing about it too. Partly out of subconscious fear of repercussions, but also because I was still genuinely moderate and ambiguous on the subject, I thought that the correct way to write about it was in very measured, careful, painstakingly qualified terms – you know, the euphemistic journalese favoured by the “respectable” broadsheets? “Increased immigration from non-western cultures poses challenges to integration…” and all that kind of thing. But now, after a certain amount of close up experience with these people both back home and here in Sweden, my heart is hardened and I’m convinced only a Steyn or Condell type frankness about the issue can really capture the true nature of it.

“Equivocal, nuanced, careful discourse is a virtue when discussing a lot of things, especially complex technical subjects like state finance, but on certain issues it’s just a kind of obfuscation and cowardice. In the west’s confrontation with Islam, I think the only clear moral position is to state robustly and directly that Islam is a system of thought and belief that, to borrow the succinct language of Team America, just wants to shit all over everything.”