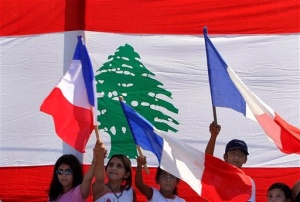 One of the ways in which the Left sought to dampen down the fires of reaction over Paris was to emphasise a supposed moral imbalance between the world reaction to French deaths and to deaths in the Muslim world.

The day before the Paris attack, bombs – set by ISIS – detonated in a Shia neighbourhood of Beirut, capital of Lebanon and the famed ‘Paris of the Middle East’. However, unlike in relation to Paris, there was no official reaction from social media. Most notably, on Facebook, there was no feature by which one could change one’s profile picture to the Lebanese Cedar, as one could (and most did) to the French tricolour. The insinuation of the complaint was and is that Europeans, Americans – and Facebook itself – do not value all terror victims equally; that they are ‘racist’ in some way. One article in the UK Independent newspaper even went so far as to brand the disparity evidence of a ‘corporate White supremacism’ – whatever that can be said to mean.

Now, whilst I recognise all too well the manipulations intended by this crusade, I will nevertheless take its prompt to state that I do not view some lives as being less worthy than others. At least not for the reasons they propose. While the victims in Beirut were Muslims (adhering to a religion I’ve come to rather disapprove of), they were citizens of a relatively liberal society, and it is for that reason that their deaths are unfortunate. By contrast, if an Afghan or Saudi man is stoned to death, my inclination (wrong as it may be) is to say he was fortunate simply to escape such an environment.

In saying this I consciously raise a very difficult but important ethical question, and it is a different one to that being posed (with such cynical enthusiasm) by the Left. While humans of a certain ethnicity are not intrinsically less worthy than others, is the death of a free human (of any race) more tragic than the death of an unfree person (of any race)?

If some of the dead in Paris, for example, were atheist/Christian Arabs, would I be more upset for them than for their ethnic fellows perished in ISIS-controlled Syria? To use another example, is the death of a  21 year-old North Korean less tragic or upsetting than the death of a 21 year-old South Korean? My response to both questions would be ‘yes’.

Recall to mind that to be a legal citizen of the free world is to have won the human lottery; the jackpot of life. To lose such a life, therefore, is to lose more. More value (in potential happiness, liberty, creativity etc…) is lost when a free person dies, than when a slave dies. That is not to say that one life is less worthy than the other. It merely explains why we have the reactions we have to different emotional stimuli.

This is beastly philosophising, but philosophise we must in order to make sense of our increasingly beastly world.

In 1981, when a strike by air traffic controllers threatened to bring US commerce and civil life to a crippling standstill, President Ronald Reagan took to the podium and said of the workers “They are in violation of the law and if they do not report for work within 48 hours they have forfeited their jobs and will be terminated.”

Calling Reagan’s bluff, the workers continued the industrial action for several days, expecting continued negotiation and a half-way compromise with their demands. True to his word, Reagan then fired over 11,000 unionised workers.

Given its scale and decisive resolution, this would prove to be a catalytic event in the history of the American labour movement, providing an effective deterrent against similar action ever since.

Fast forward to the present and France this time risks falling into dysfunction as a result of nationwide transport sector strikes. Unlike the Reagan administration of 1981 though, the French government still languishes in the grip of socialist psychosis and would appear both powerless and unwilling to intervene.

A Reaganite revolution for France is obviously too utopian to be feasible. But something of that kind is undoubtedly needed if the country is to avoid social and economic collapse in the future.