I watched the presidential debate last night without popcorn or alcohol, perhaps putting myself in a European minority. A large number of us have grown accustomed to viewing the politics of that unwieldy superpower as entertainment, a fact so conspicuous and banal that even the BBC has taken note of it.

In the early hours of the morning, as the livestreams began to air a dark stage being prepared, and live chats in sidebars, already in angry chaos, became too fast to read, I tried to will my perspective away from that temptation. I was only partly successful. Since everything predicted fireworks, I couldn’t help but want to see a flash or two.

In the event, the explosions were too bright and too numerous. The ‘debate’, which seemed to go on forever, was shambolic. Biden was doddery, badly-prepared, unable to utter a single unbroken, un-revised sentence. Trump, even more pumped up than usual, was far too keen to take advantage of his opponent’s inarticulacy, blustering and gurning and disagreeing with everything he heard.

In the first few minutes, it appeared as if the incumbent was going to walk it. Mr Biden, looking deathly grey, in some ways almost corpse-like, seemed greatly diminished, his fluttering eyes narrowed enough for afternoon sleep; but then the president lost control of his bloodlust, creating a loop of grandstanding and exasperation that would last until the moderator put us out of our misery.

My conservative American friends are reacting as one might expect. Trump destroyed the Democrat, ‘tore him a new one’. My liberal friends are claiming to be appalled – in an almost Victorian way – at the ‘indecency’ of the president, his ‘vulgarity’ and ‘bullying’ – as if their champion, lionised as a sunglasses-wearing badass just minutes before the debate, should now be considered with the softness owed to a limping deer caught on the wrong side of a dark forest.

The best that can be said for the event has already been said by everyone; it was “gloves off”, infinitely more ideological than previous debates (recall for comparison the comedy that was the entire Obama-Romney contest – an argument over nothing between people of the same sponsored worldview). The combatants this time believed in each other’s faults. There was red hatred in the air. And that is no bad thing. Politicians should have faith in their ideas enough to take the battle to those who oppose their realisation.

But that is the only positive; or at least the only obvious one.

As for the arguments, or those I could make out, Trump’s strongest were his answers on race, and particularly ‘critical race’ theory, a mumbo-jumbo slave-morality designed to incriminate white people for the offence of not being something else. Trump calmly and articulately denounced this vile corruption of young minds, and with a statesmanlike posture he should have been trained to exhibit throughout the evening. To this, Biden had no answer, only some lukewarm sentimentality about ‘unity’ and doing things ‘together’. Trump knew, as we know, that his opponent cannot move in the pocket of these sinister academics.

Woke capitalism, which is what Biden offers a return to, must be completely destroyed. Big Tech monopolies, together with the economic giants who depend on their favour for advertising, are intent on creating a dystopian society of inverted rank – one in which people are graded according to the victimhood of their ancestors, or (as in the case of women) according to an imagined victimhood in the present, rather than on their quality, which is surely the only thing a person ought to be rewarded for.

The stream I watched last night was provided by MSNBC, the worst of the country’s liberal platforms. In the commercial break immediately following the debate there was an internal advert that Trump himself might have been willing to pay for. It was for a show presented by an African-American lady named Joy Reid. Over gentle music, Ms Reid announced her thrill at being able to give “the perspective of a black woman, raised by a single mother…”

I have never watched the show she was hawking, only the odd clip here and there, but there is no doubt in my mind that it does not – and never will – depend entirely on popularity or quality for its continuation. The presenter has enough disadvantage points to secure her a job for life. We are supposed to ‘shut up and listen’, to revere and adore her once ‘negative’ qualities (were they ever so harshly regarded in her lifetime?) as divine qualifications.

But I refuse to do that. I refuse. And only one of the men on stage last night would support me in my dissent.

To close, there is something important and worrying about the fact the strongest arguments for Trump rarely come from Trump himself, but derive from the absurdity of the status quo he challenges. This feeds into a sense that America can do better.

Can the reader imagine the president’s very legitimate arguments coming from a sharper, more gentlemanly – yet equally forceful – figure? I can. And when that kind of man rises, the liars will have nothing to hide behind. 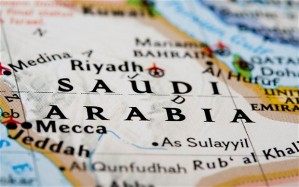 As I write, the passage of the Gay Marriage bill in Saudi Arabia still hangs tensely in the balance. Opposition from the religious establishment shows no sign of relenting with peaceful protests held overnight in Jeddah and Riyadh.

Meanwhile, supporters of the bill have delivered a petition with over a million signatures to the office of domestic affairs in Jeddah. The government has promised to consider both sides carefully.

Divisions between the two sides have been civil but impassioned and both feel strongly that they are on the brink of triumph.

“This is obviously very tense. It’s also hugely exciting. The vote could go either way but I have faith it will be in the right direction: Forward. This is a chance to show the world the true progressive spirit of the Saudi people. Our values can help to lead the world.”

Meanwhile, across the ideological barricades, Sheikh Mohammad Sulayyil claimed his camp was the better placed to succeed.

“We represent the conservative majority in this country” he said “.. the silent majority, who oppose the desecration of marriage but are too polite to make their voices heard. We are a progressive, friendly society, but this is one step too far.”

Asked whether he harboured any hostility toward homosexuals (a frequent allegation by the SGEC), Sulayyil responded resolutely; “Of course we don’t. You cannot hate anyone in Islam. We love and care for homosexuals. We wish only that they respect our believes as well as their own.”

Despite observers predicting a close result, the ‘yes’ faction has easily been the most high-profile to date, with celebrities from throughout the Kingdom lining up to demonstrate their support for the bill. The 30 year old Lesbian actress Aafreeda Aftab has spoken at rallies up and down the country, accompanied by such LGBT superstars as Mohammad Badaidah, Abdul Laqiya and Osama Bin Haroum.

Some events in support of the bill have more dramatic than others. Laqiya and Haroum courted controversy by French-kissing in Medina during the Hajj season. Some clerics deemed this to be inappropriate behaviour and letters of complaint were written to various elected officials. Both actors may face a small fine if officials concur with the motion.

Within religious circles the debate has been particularly profound, with liberal and female imams taking a cautious stand in favour of tolerance and hard-line clerics stating frank opposition.

One thing is clear. Whichever way the result goes, the bill threatens to redefine the traditional identity of this gilded Kingdom and cause waves through the settled political landscape.

(That my satire here is almost see-through exposes how alien the Saudi world is to the one we inhabit).