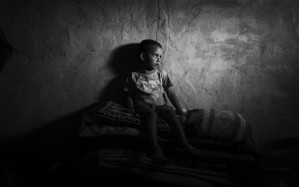 When a photograph depicting the corpse of young boy washed up on the shore of the Mediterranean emerged last week, the world was shocked and appalled. Unlike any image before it, the photo has galvanised a massive humanitarian response, some of it deeply moving and morally impressive, from Iceland to Poland, Britain to Greece. Money is being thrown aimlessly into the air. Shelter is being offered across the continent. EU governments, including formerly hard-line and conservative regimes, are now yielding to public pressure for greater quotas of asylum seekers for their respective nations.

When emotion shouts in this way, wisdom struggles to be heard. Questions of a more cynical, less humanitarian nature are in this environment extremely difficult to ask. One risks being accused of ‘heartlessness’, ‘meanness’ or ‘xenophobia’ for casting any doubt, however light, on the official humanitarian narrative. But cast it we must.

Here are 3 questions that must be answered, however difficult and cynical they may – in the shouting short term – be considered.

1. Are the majority of ‘refugees’ actually refugees?

This is obviously the most important question at this juncture. Do the ‘refugees’ pouring into Europe deserve the label, or are they simply opportunists seeking a better material outlook for their family? While it is impossible to give a definite answer (one applicable to every different individual case), the information already gathered allows us to at least make a general estimate. Most, if not all, the refugees attempting to reach Europe are actually migrants.

How do we know this? That’s the answer to question 2…

2. Why isn’t Turkey safe enough for them?

The Kurdish child Aylan Kurdi, whose grim fate now dominates every newspaper in the world, did not have to die. He and his family were already safely in Turkey when they chose to shoot for Europe, and since Turkey is perfectly safe and reasonably affluent, Europe has no moral case to answer for his demise. Indeed, while he was been roundly criticised for it, the UKIP member Peter Bucklitsch was brave and entirely correct to place the blame directly on the child’s parents, remarking that had they not been ‘greedy for the good life’, the tragedy could have/would have been averted.

This isn’t actually a complicated matter (or at least it needn’t be). Once a refugee reaches a country of safety, he or she ceases to be a refugee. If that person then chooses to move on in search of a more desirable haven, that person becomes a migrant. It really is that simple.

3. Who is to blame for the crisis?

The answer to this last question is crystal clear. ISIS/Islamic State are to blame. Their cynical and merciless campaign against the people of Syria has sent ripples of destructive chaos across the whole of Eurasia. The everyday suffering in Raqqah and Palmyra is almost too extreme to be imagined. As we luxuriate in our peaceful suburbs, Syrian men, women and children are being enslaved, beheaded, brainwashed, forcibly conscripted, raped and robbed by a psychopathic gang of desert primitives. I fully understand why ordinary people wish to leave the nightmare being constructed. We would all do – or at least, try to do – the same.

But Europe is a not a charity. It is a continent and a civilisation. We have our own problems, our own impoverished masses and our own economic and politic disorders to contend with. In this time of Muslim suffering, the Muslim world must come to its own aid. More than anywhere else, the money-drenched kingdoms of the Arabian Gulf must allow a massively increased quota of migrants into their own territories. If they truly believe in the concept of an Ummah, let them prove it. Let them impress and embarrass the whole world with their brotherly kindness.

And if they do not, the blame is theirs and theirs alone.

It was of course inevitable that the great nation of Slovakia would one day perform a feat of political daring bold enough to inspire Europe as a whole. The only wonder is how long we have had to wait for it. Now it is here, let us savour it and seek to deepen its impact.

As you’ll be aware, the Slovakian government announced last week that its country will only be accepting Christian refugees fleeing the Syrian civil war, and not Muslims. You’ll also be aware that this then led to kind of acrobatic stupidity only Western governments appear to be capable of.

“The attitude underlying this is to be condemned.” One EU drone remarked “It is unhelpful and does not display solidarity.”

In saying this, the drone was compacting the general response of the EU establishment. By staggering coincidence, it is also the view of the European business elites, globalist charities, humanitarian lobby groups, and (of course) the establishment media.

But outside this bubble of cheerful unaccountability, most reactions to the Slovakian stance have been extremely positive. Wherever the story has ben reported in the English press, the reader comments underneath each individual article salute and commend the Slovakian government for its bravery, timeliness and fidelity to the wishes of the Slovakian electorate. Often tacked on to the end of these commendations are hopes and wishes (against all odds) that other European states will follow suit, including – perchance –  the regimes of Western Europe. Needless to say, such fantasies are just that – fantasies.

In the face of EU criticism, Slovakia has justified its policy in the following way: Slovakia is a Christian country. There are no Mosques or Madrassas in Slovakia, nor are there Muslim schools or traditions compatible with the Muslim experience. Muslims therefore wouldn’t like it in Slovakia. They are being denied access to Slovakia as much for their own good as for the good of the native population.

I know what you’re thinking. If only our government had reasoned the same fifty years ago. How much trouble, bloodshed, innocence and economic disruption would have been spared?! As the Slovaks have shown, all it would have taken was a bit of (inoffensive) common sense.

It is of course far too late for our own countries to use this elementary good judgement, or at least to endorse it in the shrugging, devious and friendly manner in which the Slovaks have. We are five decades too late, and while other countries can get away with being sensible, it is no longer a luxury we can afford.

Given this reality, out of the hundreds of thousands of Syrian and Eritrean Muslims currently trekking across the green fields of Europe, I suspect a great proportion will eventually live in English neighbourhoods, their progeny eventually attending English schools, voting in English elections, and (some of them) going on to violently avenge English foreign policy.

All the while, Slovakia will carry on – grinning, living, persisting – as if nothing had ever happened. There has surely never been a greater, more saddening illustration of the failure of the European idea.