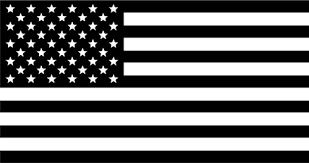 The presence of sub-Saharan Africans in the United States has never not been a subject of controversy, and will likely never cease to be one. No-one is indifferent to them, or of the kind of calm opinion about them as about any other group. The left cannot help seeing them not as ordinary citizens, but as a cause to be fought for, or as children to be adopted, guided or used.  The right cannot fully relax while they are granted the privileges of equality, allowed the freedom to wander delinquently into their suburban dreams. The very far-right appear sadistically happy about racial inequality. They wish to see black people on the other side of a wall from themselves, and doubtless to be able to see over that wall, to watch with a grin as the formerly uppity savages attempt to reconstruct what they once took for granted. Even the centrists, for all their professed stillness of mind, enjoy the racial controversy in other ways.

Indeed, the very humanity of black Africans is up for private dispute, even around the loveliest dinner tables. The ‘racism of low expectations’ prevails almost everywhere (if you doubt this, ask your most educated liberal friends for their opinion on the excremental poetry of Maya Angelou, say, or on the violence in Chicago. Anything short of disdain for the first and horrified condemnation of the second can be taken as evidence of a lower standard.)

Despite centuries of discord and moral debate, European-Americans have still to find a way of dealing with the presence of Africans within their society. And so much greater is the severity of this issue in the US that it seems to stem from nationally peculiar causes. Though problems exist everywhere with race and difference, there is simply no comparison between the anti-black racism of Europeans and that of non-black Americans. Something there has become unique.

Go even to 4chan, a bubbling pot of crude tribalism, and you will find Europeans tiring of the anti-black emphasis of those with American flags atop their posts. Reference is made on the Politically Incorrect forum to ‘Mutt’s Law’, a satirical principle holding that the longer a thread, on any topic, grows, the likelier it becomes that a Mutt (American) will refer to black men or interracial sex.

Almost everything that arouses intense dispute in American politics can be sourced back to the presence and status of black people. Universal healthcare, for example, might be accepted as commonsensical by white Americans were the racial profile of their country like that of Iceland. Put another way, if a white American conservative moved to Iceland permanently, it is unlikely they would end up criticising the island’s health system as ‘communism’ and seek to tear it down in the name of ‘liberty’. They would probably prefer it, regarding it simply as kindred people taking care of each other. But America is not Iceland; its taxpayers are far from equal, and so universal healthcare is conceived of as a massive transfer of wealth from whites to non-whites, in particular (and particularly offensively) from whites to blacks.

The gun debate in America, likewise, has a rather obvious racial undertone. Who can really call it a coincidence that gun sales shot up after the election of the first black president in 2008, or that such sales respond more dramatically to BLM protests than to real world overreaches of government authority? Obama was not a radical president. Nothing so interesting. But he wasn’t white. He enjoyed the support of a large non-white coalition. And thus the response.

But why is there such an intense obsession with black people in the US to begin with? Racism is diverse. The US hosts every type imaginable. So why are black Africans still the priority of its unique racial complex?

Part of the explanation derives, as might be anticipated, from the institution of slavery.

When thought about lucidly, there is something odd about loathing a people you have victimised. If a person considers slavery, with its flagellation and branding and rape and coerced reproduction, a natural sympathy should arise for the victim, and nothing but sympathy. Black people were treated horribly by many slave-owners (though by no means all), and the institution is loudly condemned in light of modern ethical standards.

But though there is sympathy for the victims of slavery, a great many Americans, including some of the most sympathetic, nonetheless hold black people in contempt for having submitted to it.

Slavery in the United States shouldn’t have worked. Its unwieldy scale, primitive means of enforcement, extremely lax security and obvious violation of declared national values, should have led swiftly to glorious insurrection. But that didn’t happen. It worked. For four hundred years.

This produced an instinctive disgust for black weakness. The obedience and fearful submission of slaves created a confused hatred of whatever in their nature allowed for such degradation. What is it about them, wondered many, that makes them so submissive? Why aren’t they fighting back?

It is possible to trace from this sentiment much of the later paranoia over blood purity. Who knew just how much of the dreaded blood was required to be remove a man’s will to resist, to nullify his self-respect. One could not be too cautious.

This contempt has survived into the present day. I have seen innumerable online comments angrily chastising modern day black people for their ancestors’ obsequiousness. This would explain a little of why anti-black racism is so different to anti-Asian or anti-Arab or anti-native racism. Unlike in those cases, there is a perverse kind of remorse in the hatred of black people in America.