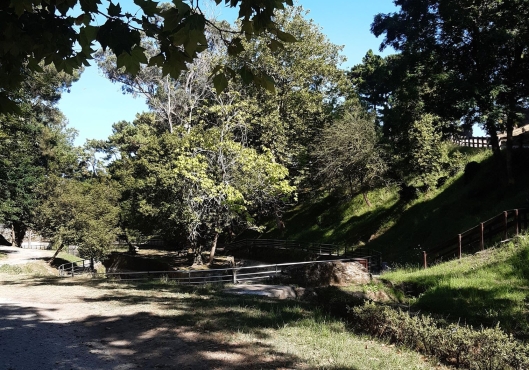 I spent a large part of the weekend revisiting this old project of mine, the first time I have logged in for several years, re-reading what I used to call – with some pretension – my ‘articles’; quickly written opinion pieces about civilisation, Islam, race, politics and the like. It has been a weird, moving experience, as it was always sure to be. I have cringed, smiled, recoiled, occasionally glowed with pride.

I suppose the greatest mea culpa to perform involves the central theme of this blog. I wrote for close to three years in a mood of hot panic over Islamism, believing it was playing a slow, clever game and would, if ignored for too long, eventually triumph over the sleeping cultures of Europe. I wrote in a negative style of negative things, ideas around which a whole blogging subculture had crystallised, such was the uniformity and agreement.

But Islamism, happily, will not conquer Europe, only cause horrible and unnecessary trouble for it. Just the other week, an Islamist nobody went on a stabbing spree in the commuter town of Reading, Berkshire; such is what they have been reduced to – amateurish, Victorian violence; local vandals, neighbourhood nuisances.

Needless to say, I oppose anyway the subjugation of man, anything that diminishes him, puts shackles on his imagination, forces him to live in a way contrary to his nature. And the stupid and nasty project of Islamism does this professionally enough. But there were then – and surely are now – equally grand and urgent and depressing questions to consider. Isolating Islamism from other processes was a mistake. It would be out-of-date to continue to make it.

We are short-sighted if we pitch the crisis of our age, like the slippery polemicist Christopher Hitchens once did, as a neo-Enlightenment battle between theocracy and reason. Islamic immigration and violence represent only one part of a far bigger issue, rooted as much in the West as the East. Not seeing this clearly enough was my great failing, the parent of all the others.

The religion of peace is crowded out in my thoughts these days. Here in Spain, I have encountered only a few believers in several years. New immigrants from exotic shores are in no short supply; but they do not bring caliphates, just complications. They have night-black skin and wear tribal shawls from the pre-ideological serenity of Africa. There are also little crowds, slowly swelling, of Peruvians, Chinese, Koreans and Vietnamese.

The future of the West will be dominated by questions of race, gender, economy and generation. Islamism, though it will play a destructive role, will not be the predominant theme. This is the reality as I now see it.

The big things are happening outside of the 9/11 universe, the narrow, dimly-lit mind-space in which too many, for too long, were trapped and accordingly limited.

My dear father, who passed away at Christmas, was a gentle, conservative man; a rector for many decades in the Church of England. One of his living and dying wishes was for me to embrace the faith that guided him, and which provided him with such amazing courage during those final months of illness. Since then, over a mad period of global unrest,  I have been duly reflecting on what I actually believe in. Re-opening this project is part of that self-interrogation.

Looking back at my blogging here, I find not a slight aspect of performance. I wrote material I believed added to what I had already written, that built upon the same theme and promised to reconfirm the same ideas. I wrote to be consistent, in short, not to explore in earnest issues of real importance.

Performance politics is the curse of our age; in England, America and doubtless elsewhere, people are arguing and marching and fighting for things they do not, in their heart of hearts, take to be true. I see this more on the left than on the right – which is natural enough – but there are performance artists across the spectrum, as harmful at one point of it as at any other.

What do people really believe? What would we say if we were forced to speak without thinking, free of care and cant, unconcerned with the pursuit of glamour or acceptance into some intellectual culture or another? The chances are we would not fall neatly into any group or hive but would outrage them all equally. There is great honour in that.

I am not so blindly arrogant to believe I have retained an audience after this much time. People move on, as they should. I am grateful to have had my work considered worthy or readable by anyone at all.