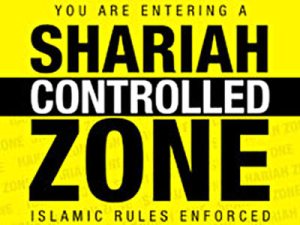 Last year, it was reported in the media that groups of Muslims were patrolling the streets of North and East London with a view to deterring what they considered ‘un-Islamic’ behaviours. These so-called ‘Muslim patrols’ were said to harass local people for such crimes as openly carrying alcohol or looking as if one had consumed it, eating pork, or (as regards women) dressing in a manner unsuited to the expectations of Sharia.

Whilst these patrols have since faded from the news headlines, the response they provoked remains very much alive. For many months now, ‘Christian patrols’ have walked the same areas of London at night ready to oppose acts of Muslim intimidation. Many – if not all – of these demonstrations are organised by nationalist organisations like Britain First, and most of the volunteers are former or current members of the EDL.

Now, while as a Londoner I like very much the idea of direct action, I feel rather ambivalent about some of the details here. One has to wonder whether a ‘Christian patrol’ has within it a different, corrosive potential.

I’ve said before that the answer to Radical Islam is not Radical Christianity. We don’t want to become the kind of crusader civilisation the blockheads of ISIS imagine we already are. A state run along theocratic lines would be as undesirable with blue-eyed, Dutch enforcers as with enforcers of any other kind. The dark age in the West was every bit as savage and untenable as that which envelopes the Muslim world today.

Still, (and here I suppose I flirt with ‘hate-speech’) one must be honest and say that intimidation (as an idea) is not something to necessarily throw out with the bathwater.

It is (in my opinion) only appropriate that a Muslim feel the same discomfort walking down a Western high street in a burka as I would feel walking down a Saudi high street with a hot dog. I don’t belong there and they don’t belong here. Everything they stand for, we oppose. Everything they oppose, we embrace. This is the most straightforward clash of cultures since the British army faced the Zulu.

We must make Muslims uncomfortable and also make them understand beyond any doubt that their acts of violence can be repaid in kind at short notice. Even in London, we still retain the numerical advantage. If they amass against us, how much more convincingly can we amass against them?

The valuable minorities of London are far from wedded to their current alliance with the Muslims. The Black community understands deep-down that Islam would outlaw many of their cultural (and subcultural) practices and that they could only ever be second-class soldiers in any future alliance with it. The most rational interests of the Jews and Hindus are likewise inclined to our cause.

So let’s upgrade the concept of a Christian Patrol to something more universal; a Western Patrol, primed and ready to defend our rights and pleasures by all means.

I’m not a completely literary animal. I am a young man and physical confrontation, with its bruises, shocks of pain and thrilling pulse, is something I rather enjoy. We can’t possibly shy away from it. If we do, our streets will fall to those who do not.