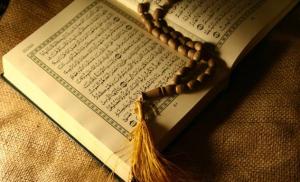 Last week, a commenter on this blog stressed how important it was for those concerned with the resurgence of Islam to read the Qur’an in its complete form. He was correct to do so, and his recommendation is sound.

I bought a Qur’an many years ago – the Penguin translation by NJ Dawood – and read most of the Suras in a random order. This was before I started writing about Islam, and my only motivation in visiting the text was to see how intolerant it was against Women. As you’ll know, there is a notorious Sura titled ‘Women’, and this contains most of the references to sexual equality in the whole work. The most famous passage from this chapter is undoubtedly verse 4:34 –

“Men have authority over women because God has made one superior to the other, and because they spend their wealth to maintain them. Good women are obedient. They guard their unseen parts because God has guarded them. As for those from whom you fear disobedience, admonish them, forsake them in beds apart, and beat them. Then if they obey you, take no further action against them”.

It’s strange to think that it was 1400 years ago that some gentleman in the Arabian desert wrote these words, and yet every detail in his articulation now affects over a billion living citizens of the world. The sentence “They guard their unseen parts…” has by-itself chosen the dress for a massive portion of female humanity. That person in the desert, scraping these words onto the bones of an animal, or onto papyrus or stone tablets, decided then what a Muslim woman in Leicester will wear today. Such are the giddying quantum mechanics of history.

As for examples of the promotion of violence, we are rather spoilt for choice. The anti-Islam writer Daniel Pipes collected the following excerpts:

“Regarding infidels (unbelievers), they are the Muslim’s “inveterate enemies” (Sura 4:101). Muslims are to “arrest them, besiege them and lie in ambush everywhere” (Sura 9:5) for them. They are to “seize them and put them to death wherever you find them, kill them wherever you find them, seek out the enemies of Islam relentlessly” (Sura 4:90). “Fight them until Islam reigns supreme” (Sura 2:193). “Cut off their heads, and cut off the tips of their fingers” (Sura 8:12).

I’ve no longer got my copy of the Penguin translation. I think I gave it to Age Concern just before I left for University. I will re-order the same volume and would strongly advise anyone concerned about Islam to order a copy too. It is hugely irritating to have one’s Islamophobia returned with the remark “You don’t know anything about Islam”. That was never true. I discovered as much as I need to about the Islamic religious system many years ago.

Nevertheless, a good knowledge of Qur’anic quotation is vital to successfully conduct a live argument with the faithful. A Muslim does not consider this text as Christians consider the New Testament. Muslims devoutly believe that God wrote the Qur’an and that every sentence must be the absolute truth. Given its purported author, Muslims also hold that it cannot be argued with or re-interpreted. It must be followed without question. This makes Qur’anic criticism by far the most effective means of confronting Islam as a manner of life and thought.