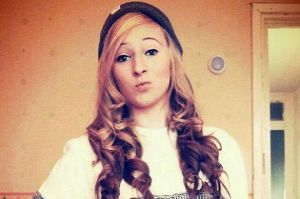 How deep the numbing liberalism has sunk. Deeper than a knife requires to kill….

In the wake of the brutal slaying, by a mentally-challenged Black youth, of a native English schoolgirl on a Birmingham bus, the spectre of ‘race’ once again seems irresistible.

While it’s true that such a killing ought not to mean automatically that ‘race’ is discussed, it is being discussed and so it will do no harm to discuss it further. This is especially true in this case, as the ‘race’ issue is being brought up mostly by those from a minority background themselves.

Shortly after reading about the killing, I logged on to Facebook. Inevitably in such a small country, my friends were already commenting on the matter and some had joined groups created to honour the victim. These things are harmless enough and so I decided to join one too.

On the page I joined, about half the comments (there were thousands of them) were simplistic gestures of sympathy (“RIP” etc..), and a large portion of the rest were comments excitedly chastening others for bringing up the murderer’s ethnicity.

On one particularly long thread (about 500 comments long), the most recent comments both said something along the lines of – “I wish people would stop talking about race! Just be sorry for the poor girl and show some respect!” (clearly the spelling was considerably worse – one post even later exclaiming that the killer had “bin court!”. I despair sometimes…)

Anyway, intrigued by the claim of racism, I clicked the “show all comments” button, and the thread expanded, revealing all the dialogue since the thread began.

Not one comment had mentioned the race of the killer. Not one of them. No-one had used the “N” word, or in fact any heated racial language at all.

Those semi-literate users protesting the discussion of race had evidently not bothered to read the thread themselves. Instead, they had guessed, and guessed wrongly.

I studied other threads on this case, and found the same thing; a reactive and unjustified sensitivity by ethnic minority users, backed by a strange presumption that race was being discussed when in actual fact it wasn’t.

Such hallucination lets slip volumes about the ‘minority’ mindset. Racism has become so well-promoted as a problem that it remains a problem even when it isn’t one. People are prepared to be offended, trained to be hurt, ever-ready to cry… The effect of all this degrades the national conversation.

There are of course, those in Britain who do see things through a racial lens. I made a point afterwards of visiting the BNP website, who sure enough had the story on their news feed and all manner of wild comments underneath (“It’s their small monkey brains! They are violent by nature. They ain’t like us humans. They’re closer to primates….”, “She probably said no to his advances and he stabbed her for it!!” etc…

But these wild-eyed folk are known eccentrics, doomed forever to the political margins. Why take notice of them?

As to the actual science bigots typically reach for on these occasions, it is common knowledge that different races have differing endowments of the male sex-hormone, which among other things, regulates aggression. Conceivably, I suppose, this could have been relevant to the Birmingham case. But the difference in hormone is usually minimal, and were it not, multiracial societies would be in a state of perpetual crisis.

Still, people must be free to speculate as to what motivates these crimes, and what can be done to prevent them in the future. Although nobody seemed to be mentioning it on social networks, there is a problem with Black culture in Britain. The hooded youths (many of them ‘tooled-up’) who stalk the streets near my apartment late at night are something we must discuss. Sensitivity will avail us nothing here.

People of all races can be good, decent and a credit to the nation they inhabit. I don’t need to list the examples of how Black and Asian Britons have contributed to British music, politics, sport and literature. It’s enough to acknowledge that they have.

But since these are now part of the national family, this means we can be as frank as familial ties excuse in pointing out destructive errors. Black British culture in London is in a woeful state, and in Birmingham the situation is even more dire.

Cultural Marxism isn’t helping any of this. It is worse than a lie. It is killing us.

1 thought on “On the Murder of Christina Edkins.”